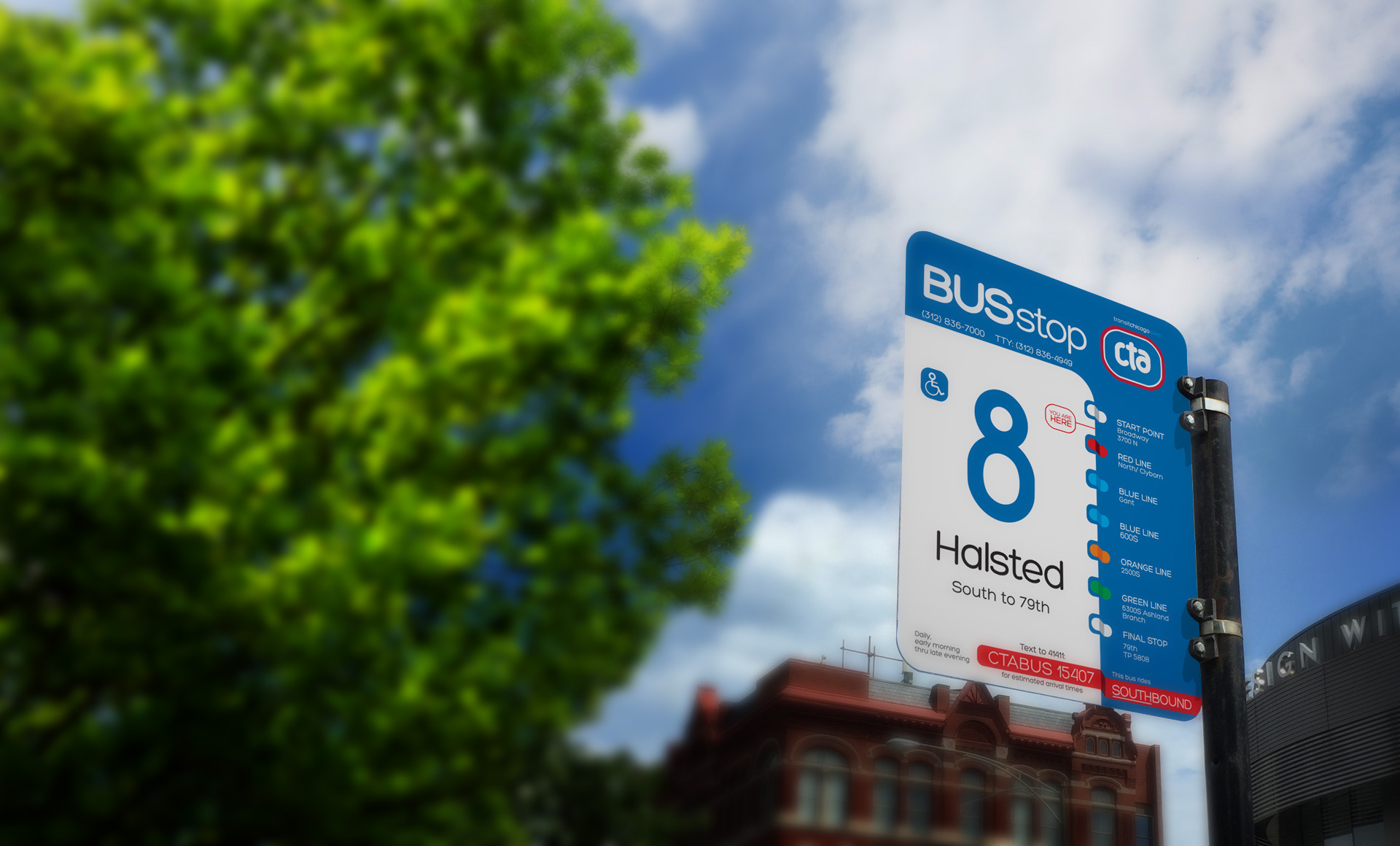 How would an evolved CTA bus stop sign look?

One of our greatest professional pleasures is to imagine how things could be evolved. As brand strategists, we take this type of exercise very seriously especially when thinking about things that we take for granted. For example, the CTA bus stop sign. How can we make it better? How can we improve that just for the sake of a fake imagined project. If CTA would hire us to design all the signage what would we tell them? What would we show them?

The “Imagined Evolutions” blog post category is meant to provide you with a different perspective. As all things in the branding realm, there is a HUGE amount of subjectivity invested in these type of creative bursts. So, very often our perception of better is your perception of “worse”. Don’t worry! Tell us your thoughts and bring arguments. We are constantly learning and I am sure that some of your inputs could make our next “Imagined Evolution” a better one. At the same time, please take it easy, we’re just playing around and trying to stretch some creative muscles. Don’t be offended and have fun. When was the last time you made an effort to change something around you and make it better? Your version of “better”?

Of course, we changed the logo

Those that know us, know we love creating new visual identities. When we analyzed the CTA logo we thought that is not too bad. It is a bit “old” but to be fair we’ve seen much worse. Still, what the heck, it is our “dreaming” session so we created something that would help us more in the final goal: a new and improved Bus Stop sign for our beloved Chicago.

What we did not like in the current CTA logo was the fact that the circle was creating too much negative space around the logotype. It is well balanced but it seems to have too much “empty” space. The Helvetica font used to “write” the “cta” is a classic move. We wished more time or energy was invested in giving a purpose to the letters. We always say in our agency, that the logotype elements need to have a vibe of togetherness, something that makes them belong to each other. We literally hated the fact that the “c” wast not kissing and hugging the “t” and we may have nightmares about the “foot” of the “t” just letting the “a” be there.

How we approached our version?

It’s incredible how much joy we get from these types of fake projects. Imagine: no brief, no client to tell us what he/she would like, no opinionated crowd to please. Just us, a problem and an emerging solution. Summer perfection! 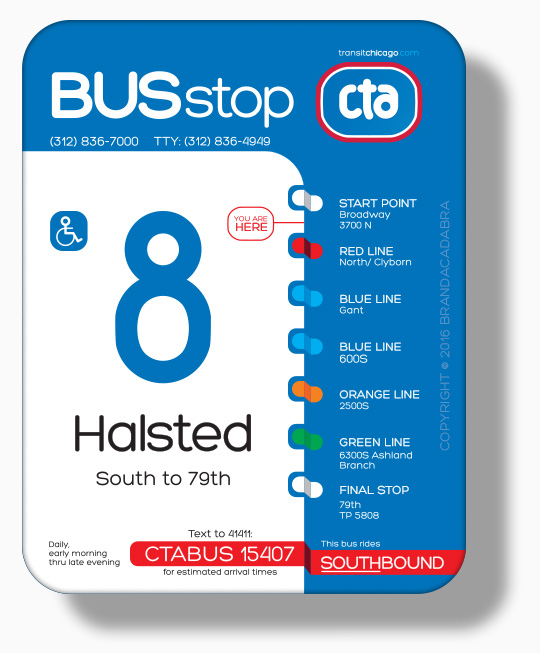 How we went “nuts” with it:

What do you think? 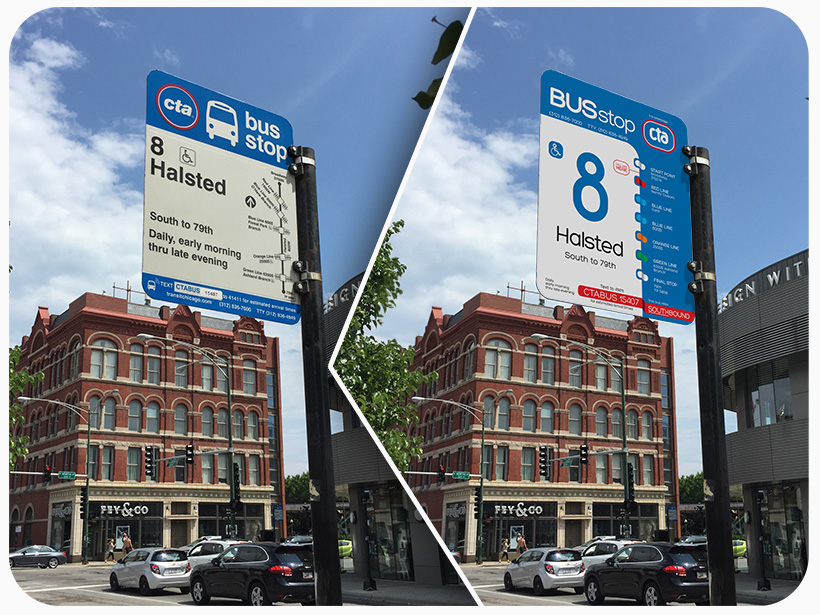 This is a creative exercise. We were not hired by CTA or its representatives. All copyright rights belong to Brandacadabra. Please ask before republishing or just make sure you give us credit. If at some point the CTA or Chicago hall wants this “Imagined Evolution” they have to give us credit and pay us $8 (eight dollars) for these deliverables.